3 Things That Recycled Halon is Commonly Used For

05 Jul 3 Things That Recycled Halon is Commonly Used For

Posted at 15:38h in Halon, Halon Buyers by Steve Newhouse 0 Comments
1 Like 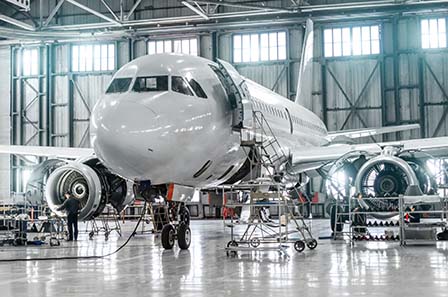 Halon has been used for explosion and fire protection throughout the 20th century. However, it’s production was banned on January 1, 1994 because of the concerns about the depletion of the ozone layer. Still, over two decades later, Halon remains an integral part of the safety plans in several of today’s aviation, electronic, and manufacturing companies. Because of no alternatives, there is still demand for recycled Halon in certain sectors. Following are the top 3 of them where recycled Halon is commonly used:

There are four major aircraft application areas where Halon is utilized at the moment. These include cargo compartments, engine/APU nacelles, handheld extinguishers, and lavatory bottles. The aerospace industry relies on reserve and recycled stockpiles of Halon, supplemented by purification and decontamination processes. While the current demand for Halon is being fulfilled with these approaches, it won’t be economically viable to use Halon in some point in the future because of the growing safety concerns e.g. risk of contamination for Halon reserves.

In most cases, existing facilities in the petrochemical industry were constructed and designed with Halon fixed systems as a key part of the physical layout of the facility as well as the safety system design. Just as with aerospace sector, after thorough research, it has been concluded that there are no suitable, economically viable replacements of such systems available at the moment. Therefore, these facilities will continue to depend on existing Halon banks and recycled Halon for their operating lifetimes. However, measures have been taken to reduce emissions and the impact on the Halon banks.

Military organizations continue to face difficulties when it comes to finding a replacement for Halon in wide variety of applications. Because of this, there are currently, and for the foreseeable future, a significant number of applications for which Halon, both reserved and recycled, is the only feasible option. These applications mainly include the ones where operational capability, personnel safety, space, weight, and fire extinguishing performance are all key factors.

Significant resources are being devoted to finding a viable alternative. However, until a long-term solution is found, these applications are being supported by the responsible management of recycled Halon stocks.

It has been over two decades since developed countries stopped the production of Halon as a clean fire suppressing agent. The concerns regarding depletion of the ozone layer forced this global restriction. Since then, progress has been made to find suitable alternatives for Halon in industries that still rely on it. However, there are still many challenges in finding long-term solutions. Until effective replacements are found, recycled Halon will continue to be used in those sectors.